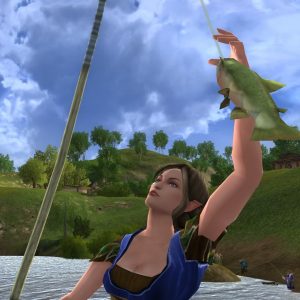 Where I am from
I was born in the 1970s and have lived most of my life in the rural part of The Netherlands, close to the border with Germany.  As a result, I was heavily influenced by the German language and culture.

Living at the countryside, I was made aware of environmental issues at a young age even before it reached mainstream consciousness in my own country. I started to buy my school supplies in Germany because they were made of recycled paper. I loved anything that had to do with nature and animals.

I also inherited the love for cooking and baking from the German side of my family. Whenever we visited relatives, we were treated with home made pastries and dinners cooked from scratch.

Raised in an Atheist famility in a rural area where Marxism still has a big cultural influence, I came into contact with other cultures and belief systems during my time in the city where I studied at the local university. I’ve had orthodox Presbyterian (Reformed) friends, others were of other Protestant denominiations, Roman Catholics, Hindus, Muslims or didn’t believe anything at all. This mady me open-minded to other people’s opinions. I think most religions try to convey the same message and each uses his own words and culture to do so, even within faith systems.

As a result I may sometimes refer to faith when it seems appropriate to me, but my goal never is to proselitise. I believe everybody is entitled to their own opinion and responsible for their own behaviour. I’m not here to judge. You can call me out when I do judge, because I’m not supposed to do that.